An Insider’s Look at Hollywood’s Diversity Efforts and How Far It Still Needs to Go - Brian Medavoy
© 2021 Brian Medavoy. All Rights Reserved. Website by D4 Nguyen. 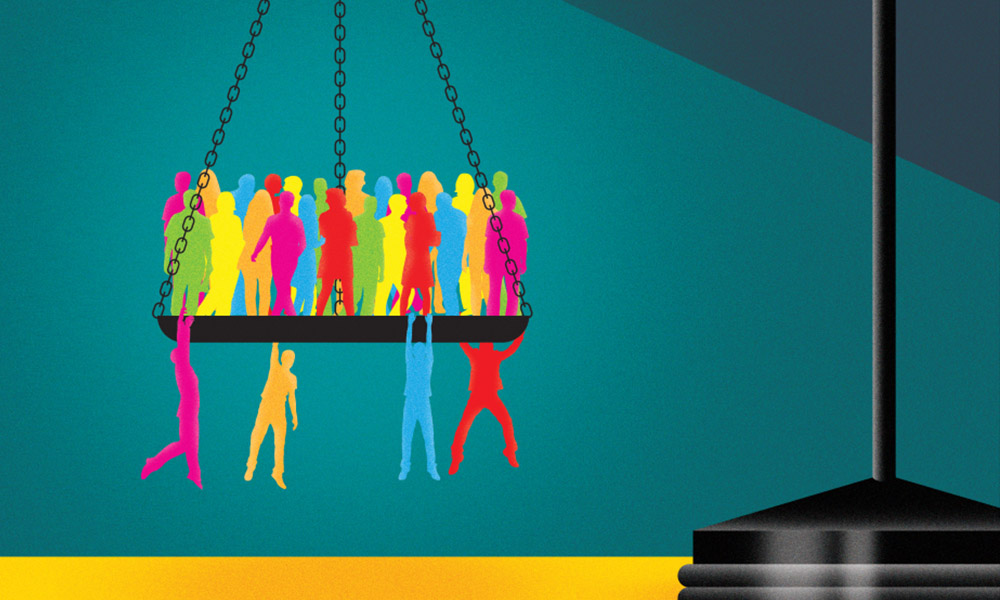 This article was written by my 25+ year partner, Erwin More, for Variety. I am so proud of him for sharing his thoughts about how far we’ve come and how far we still have to go. And thanks to Variety for the opportunity to spread his message!

I am a white man working in Hollywood. I grew up in Beverlywood, an all-white, predominantly Jewish, Los Angeles neighborhood sandwiched between 20th Century Fox Studios and MGM, where my elementary school had only one black student.

I am compelled to write about diversity in Hollywood because “diversity” — in front of and behind the camera — is not just about equality in terms of employment but about sharing unique, diverse perspectives. As a talent manager, I have witnessed the struggles of minorities, I have watched the fight to pry open doors that for too long have been shut tight and only very recently are beginning to open. I am also compelled to write about diversity because I have learned the most from those who are different than me.

At age 18, while a student at UCLA, I had the extraordinary opportunity of landing a part-time job at Norman Lear and Bud Yorkin’s Tandem Productions and TAT Communications, the preeminent television production company of the classic ’70s and ’80s sitcoms “All in the Family,” “One Day at a Time,” “Good Times,” “Sanford and Son” and “The Jeffersons” to name a few. Suddenly, I was introduced to a wonderland of creativity. Although I would go to classes at UCLA in the morning, my true education was the five-and-a-half years that I spent at Tandem/TAT. Aside from the brilliance of Norman and Bud, I had the good fortune to meet and observe some of the best and brightest executives in entertainment. I personally worked for some exceptional individuals, including Alan Horn (now president of Disney), his then-assistant Jeanie Bradley (now the head of current programming at Universal Cable Prods.) both of whose generosity of knowledge and spirit were boundless. I am forever grateful.

It was a magical environment — a factory of creativity — a uniquely diverse culture. I witnessed powerful female executives rise in the ranks and witnessed television history unfold as the writers tackled stories of diversity and clashing cultures.

Soon after graduating from college and the University of Tandem/TAT, I started my journey as a talent manager, at the Larry A. Thompson Organization, where Larry, still a larger-than-life personality, took me in and gave me autonomy to grow and learn about the business. Academy Award honoree and Emmy Award-winning actress, Cicely Tyson happened to be a client of the company. I became fascinated by Miss Tyson; she embodied a commanding presence and a passion to find truth in the roles she pursued in ways that were previously unimaginable to me. Over time, I won her confidence as her representative. In those days, “diversity” was not yet a widely used term in Hollywood. The undervaluation and lack of employment opportunities for minorities was not a topic of conversation.

I learned quickly that even with Miss Tyson’s powerful talents, fame and awards, roles for black women were few and far between. She crafted a career of longevity with many lean years because there were so few roles that warranted her talent. She taught me dignity and the need to fight for opportunities that would, hopefully, tear down the color and cultural barriers that existed. She would not speak publicly of the struggle; she chose to let her roles (“Sounder,” “The Autobiography of Miss Jane Pittman,” “The Oldest Living Confederate Widow,” “The Women of Brewster Place,” “Fried Green Tomatoes,” “Heat Wave,” “The Help”) put forward her fight to open the minds of people all over the world through her portrayals of women of color in different walks of life. She inspired a generation. She afforded me the very unique opportunity of attending predominantly black events.

One Monday a number of years ago, which happened to be Martin Luther King Day, she called me and chided me for being at the office, saying, “You are not working on Martin Luther King Day; you are coming with me.” She drove me to an event in South Central Los Angeles where Rosa Parks was about to receive an award from then-President Bill Clinton. Other than the president and a few secret service agents, I was one of the very few white faces. I had the honor of meeting both the president and Ms. Parks, who was a tiny powerhouse of energy and grace.

In my travels with Miss Tyson, I got small glimpses into the African-American experience. Many times I was the sole white face at events, and I would listen and absorb and learn about life from a very different perspective.

I was gifted a unique perspective of different cultures. Through conversation and observation, I learned about injustice and intolerance. Unfortunately, I continue to hear and observe how prejudice continues. I am profoundly moved by the generosity of my diverse clients as they share many of their unique experiences and perspectives with me. As much as I think I know, I discover, almost daily, how little I know about the personal experience of injustice.

I find myself, immersed in the company of remarkable and diverse clients. I have the extreme pleasure of representing many amazing and diverse talents such as filmmaker-actress, Salli Richardson-Whitfield, filmmaker-actress, Sonja Sohn, writer Amani Walker, writer Trey Ellis, actor Reno Wilson, actor Daniel Henney, actress Carla Quevedo, actress and emerging writer Joyful Drake and writer Jonathan Fernandez to name a few. These generous clients allow me a window into their lives. I am struck by the complexities of what it means to be a minority in America. I quietly listen dumbfounded to stories of racial profiling and experiences that happen in a society that should be better evolved. But racism prevails in American culture, and these brave and talented individuals continue to fight for betterment and change. It is the unique relationships with these talents that have enlightened me and have given me glimpses into their struggles.

I am reminded of a day in the mid-1990s that I had arranged for Miss Tyson to be interviewed by the now defunct Premiere magazine. She was to meet the reporter at a New York City hotel. The article was about how things for minorities had changed in movies. It was a stormy day, and Miss Tyson arrived at the hotel a bit weather-beaten. She had packages that she wanted to check and approached the front desk. Before she could get a word out, the person summarily dismissed her, saying, “Deliveries are in the back.” Miss Tyson gathered her things and her pride and walked into the hotel dining room to commence her interview about how things had changed.

The story of Miss Tyson has stayed with me for many years. It has always served as a reminder of how far we have come — and yet the reality is we have not come far at all.