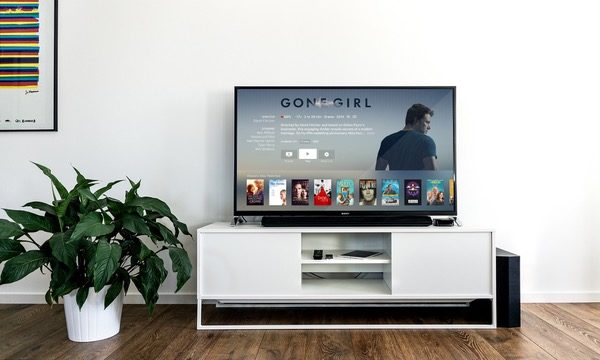 Outside of American democracy, there may be no less efficient or cost-effective process on Earth than pilot season. In which lies the beauty.

After two blissful weeks of shut down, when assistants capitalize on their only vacation for the year by watching the screeners they stole, writing the scripts they’ll push on other assistants for the next year of networking events, and just generally forgetting to separate their professional lives from their personal, and their bosses spend every waking hour trying to get a look at that pilot everybody’s been talking about, we all come back into work completely unrefreshed, gleefully eager to get back to the real work, and then the networks, and the cable, and the streaming services immediately present us with a despicable mountain of cash to fight over. By the first week in February, there are about 30 new shows being cast and staffed with thousands lined up to knock down each show’s door and earn a shot at an extended job.

But it’s not all roses. For actors, it’s a sea of rejection – going in for a dozen or so pilots, being called back to three, testing at the network for one, only to not get the part is a brutal thing. It’s speed dating if every person is a wealthy supermodel and they’re all at least mildly interested in you. Except only a few actually have the charm to bring home to mom.

The process tries reps, as well. You’re trying to juggle all this opportunity with an ironic, simultaneous lack of opportunity. At the beginning of pilot season, it seems assured that at least a few clients on your roster will book pilots. But while you start loading eggs in baskets here and there as the process goes further along, more and more roles fill behind you and before you know it, it’s red alert time to get even a single client on a pilot. After all, one pilot could potentially mean an entire season’s worth of paychecks. And then again, the ones you do win might not actually go anywhere at all.

The streaming services seem to have the knack, investing at a much higher percentage in shows they actually intend to go to series. If you have two dozen lemons and you make one cup of lemonade and then throw the remaining lemons into a river, you obviously have not used your lemons wisely. The major networks are coming around to this approach now, too, making stronger plays on straight-to-series orders and investing less in pilots that may become one-offs.

Amazon has even started to allow viewers to vote for their favorite pilots. They made them right? If they’re not going to air all of them, at least let the public see them first? Even if they don’t ultimately decide to run with the most popular titles, there is at least the air of something democratic and data-driven, and not just gut.

Every year has a theme, and this year it’s podcasts. The hipsters thought they could have their radio, but no. Hollywood has come for you, too, as Hollywood always does. If there is something creative being done, television always knows, cashing in at exactly the right time and capitalizing on the right people.

Despite the massive, inefficient cash flows, at the end of the day, every year pilot season gives its breaks. Pays some rents. Saves some hope. Not everybody is going to make it through pilot season with their sense intact, but the ones who stick it out until their due are, as Steve Jobs described, the crazy ones. And, ultimately, the crazy ones always land on their feet.

How has pilot season changed for performers in recent years? A few of my clients shared their thoughts on the recent changes. 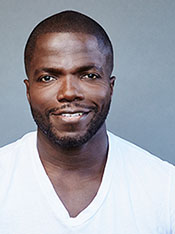 ‘Mike and Molly’ was my 17th pilot and my 12th series. I am one of the crazy ones that Brian was talking about. I remember when, shooting our 6th episode of a show called “Heist” on NBC, the word came down that our show had been cancelled and I felt an immediate shift inside of me. After shedding some tears with my temporary family, I started the walk back to my trailer and I felt the transformation begin. I can only describe it as a shell of armor sprouting along the outside of my back and as I walked into my trailer to start throwing all of my belongings into a black trash bag. I simultaneously grab my phone to call my manager and my agents. I inform them that I’m on the market again and ready to go.
I’m built for this. When it comes to pilot season, I’m a fucking beast.

At least that is what I tell myself, which is probably the most important thing. What is the story you tell yourself?

I’ve crushed network auditions, I’ve choked on a couple and others were just so-so. I’ve got stories for days, I’m one of the lucky ones who don’t quit. For some reason I can’t describe, I remain hungry as if I just started doing this shit. I’m trained, I prepare my ass off, I love to tell stories and I love to entertain folks as well.

The more things change, which oddly enough was the name of a pilot I did, the more things stay the same. People still come to Los Angeles for pilot season only now as there are way more networks to play with. Netflix has changed the game plus Youtube, Hulu, Amazon, etc. and they’re creating so many outlets to act. They don’t double your pilot fee like they used to, matter of fact, it’s harder to get your quote met. For me, coming off of a six year run of a top 20 well received sit-com is a good thing. As I embark on my 18th pilot, I’m still filled with the excitement of the unknown but I feel I’ve added to my armor all of the lessons learned from so many great actors, directors, writers and show runners.

But I’ve still got my black trash bag handy. 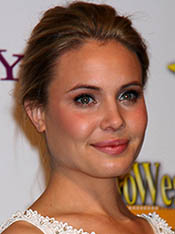 Last season, I felt like a recently divorced, desperate, middle aged woman and I treated every audition like a date with George Clooney. Spoiler alert: Clooney is not interested in middle aged women.

If I walk into a room asking for approval, I’ve immediately shot myself in the foot. I’ve given away my power by putting my self-worth into someone else’s hands. And I’m completely disconnected from my creativity.

When I’m in the habit of demanding honesty within myself, I’m reminded that the only person who is responsible for who I am, is me. This removes the delusional reliance on other’s validation and empowers self-improvement. I gain strength in expanding my capacity and become less swayed by other peoples’ perceptions of me. Whether positive or negative, their opinions are theirs, not mine. And vice versa.

I’m not always able to maintain this head space, but when I do, I feel brave enough be open and exposed in the room. My goal becomes learning and growing, not gaining approval or validation. Afterwards, I feel enriched instead of drained. Yes, there are still many auditions I lose out on, but even when the result isn’t a job, I don’t feel that I’ve wasted my time. 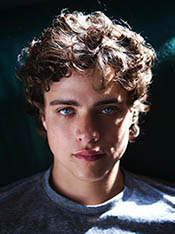 Let’s see… do me and pilot season like each other? I am not really sure. I have been doing it for 15 years. Pilot season that is. And my heart still pounds in my chest when the casting director says: “you’re on deck.”

I actually just got home from a particularly demoralizing pilot audition this evening. It was one of those swell times where you wait in the waiting room for 2 hours and you walk out of the studio and into your car feeling like you just spent the last 2 hours at the DMV except you didn’t actually accomplish anything. It’s like the DMV mixed with a beauty pageant. I don’t really have any words of hope to offer.

I have been a working actor for 15 years and have supported myself solely on acting, yet I have a really bad track record with pilots. I have tested for over 30 pilots and have only booked 2. One went and one didn’t. I pretty much test at least once a year but usually I end up working in the “shoulder seasons” of the acting world. Still, year after year I try my luck. Heading to another one tomorrow morning. I am one of the lucky ones, I know. I have plenty of contemporaries that would kill for the chance to wait in a waiting room for two hours like I did today.

Update: Shortly after posting this, I learned that both Reno and Douglas booked the pilots they referenced in their blurbs.