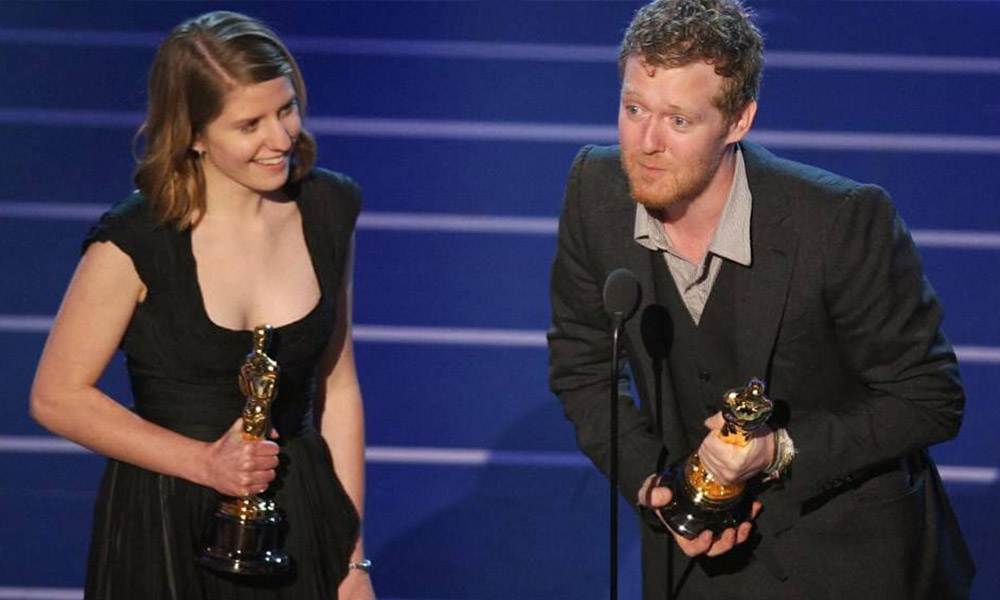 Clicks, Coos, and the Chill Factor

I talk to a lot of actors who think that succeeding in Hollywood is still a matter of someone spotting you on the street, dramatically pointing, and saying “That’s the one!” Others acknowledge that success takes time, but that’s it – they think that years of plugging away at a low level can suddenly catapult one to stardom overnight. These certainly make for compelling stories, going from zero to one hundred in the blink of an eye.

Unfortunately, stories are all they are.

In reality, success is not a singular moment alone, but rather an ongoing struggle that can lead to something that changes everything.

Even in situations where it seems like someone’s come out of nowhere to immediately hit superstardom, there’s a lot of hard work behind them that led to the point where they burst onto the national stage. It’s a process, a ride that takes you up and down across the industry. It’s like a plane ride: sure, there’s sudden rises, but more often than not you’re cruising at roughly the same altitude.

In the careers of successful actors, they’re more often than not cruising along at this altitude. These are what I call coos, the moments in your career where you’re just plugging away. You’re going on auditions, you’re booking guest spots, you’re laying the groundwork for success. But you’re not necessarily trending, you’re not on the front page of Variety – you’re working. This is the time that a lot of new actors don’t think about, but it’s the most important time of your career. It’s a lot of work and probably not the amount of reward that you’re looking for. But it is necessary.

And then, suddenly, all those coos add up until something clicks. A click is when everything crystallizes, where your hard work pays off in a moment that takes your career to a new level. It’s Jennifer Lawrence winning the Oscar (and tripping on stage). It’s Tiffany Haddish stealing the show in Girls Trip. It’s Timothée Chalamet having not one, but two star-making turns in Lady Bird and Call Me By Your Name.

Most people are familiar with those. But just to show how closely clicks and coos are related, here’s a few of my other favorites. 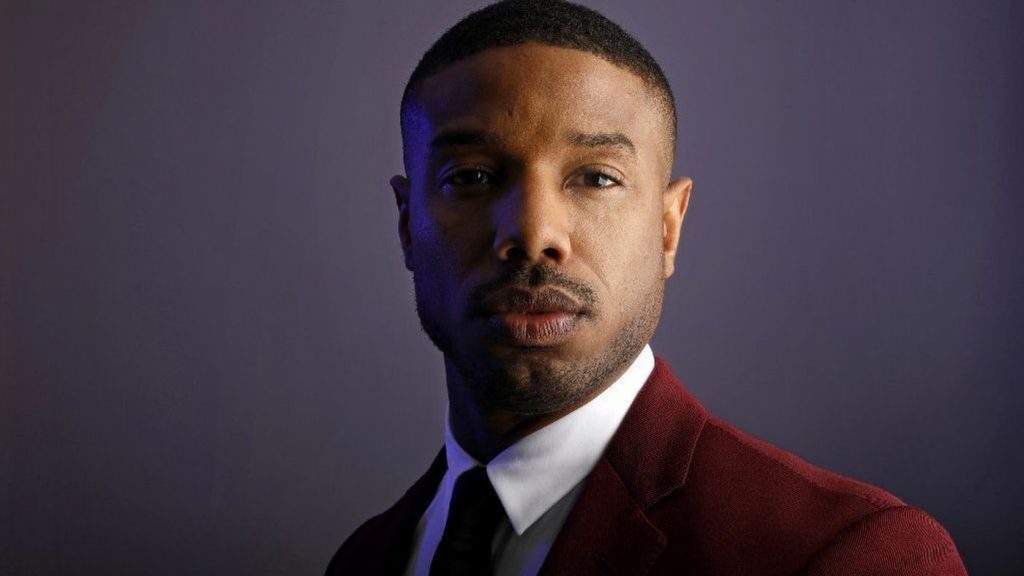 How It Happened For Michael B. Jordan

By 2012, Michael B. Jordan had a steady career in the entertainment industry. He’d been acting for over a decade, he’d worked with everyone from Keanu Reeves to George Lucas, and he’d even had a series regular role on Friday Night Lights.

But he wasn’t a household name. People weren’t submitting him for leads in blockbusters. His work was a series of coos.

And then he took on the leading role in Ryan Coogler’s Fruitvale Station. The film had a budget under 1 million dollars, the subject matter was highly charged, and Coogler had only directed shorts. But Jordan believed in the project, and Fruitvale ended up being his breakout role.

This was a click for him – years of hard work coming together for him to move up to the next level. And move up he did – Fruitvale led to widespread acclaim and recognition, a staring turn opposite Sylvester Stallone in Creed, and a role in the historic Black Panther. Michael B. Jordan is one of the most-sought after actors in Hollywood, and it all stems from the Fruitvale click and the coos leading up to it.

How It Happened For Glen Hansard and Marketa Irglová

Sometimes a click isn’t just one’s work, but rather a moment surrounding it. The Academy Awards are a prime example, as a memorable speech can elevate an artist all by itself. Halle Berry, Cuba Gooding Jr., the aforementioned Jennifer Lawrence.

But when I think of clicks on Oscar night, the first names that comes to mind are Glen Hansard and Markéta Irglová, the filmmakers behind Once. Once is a 2007 indie musical from Ireland that was barely seen in this country. But its song “Falling Slowly” is a beautiful melody that propelled Hansard and Irglová to the Oscar stage when the won for Best Original Song.

It was clear from the moment Hansard started speaking that this was a genuine pair – they made the movie for the love of music and film.

His rallying call to those assembled to “make art,” coupled with Irglová’s stirring words about dreamers, captivated the crowd in the room and watching at home.

Suddenly, people were talking about these two. Suddenly, “Falling Slowly” was being played across the country. And within five years, Once was a hit Broadway musical. In the span of three minutes, Hansard and Irglová found their click. 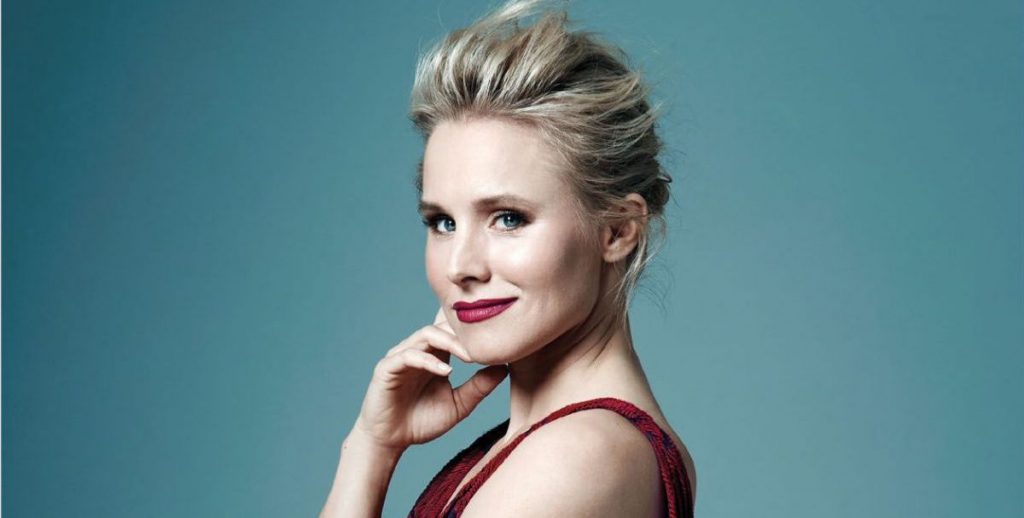 How It Happened For Kristen Bell

Sometimes a click happens when an actor isn’t even working on a project. By 2012, Kristen Bell was a well-known actress. The titular role on Veronica Mars was already behind her, she had recurred on shows like Heroes, and she’d crossed into film with projects like Forgetting Sarah Marshall.

But there was a moment that fully brought her into the national consciousness and established her as a unique, quirky star: the sloth click. During an interview on Ellen, the conversation turned towards Bell’s obsession with sloths. She recounted how her husband Dax Shepard had brought a sloth to their home on her birthday. And then a video was shown of her on her birthday, weeping with joy upon learning there was a sloth nearby.

It was offbeat, funny, and emotionally moving: Kristen Bell in a nutshell.

This odd little moment on a talk show encapsulated the years of work she’d put in to fostering her image and career; it was the click that paid off over a decade’s worth of coos.

The sloth video now has over 26 million views on YouTube, and Bell has gone on to headline both the Bad Moms and Frozen franchises. She is a true movie star now, due in no small part to the sloth click.

How It Can Happen For You

So, why run through these clicks at all? And what can you learn from them?

Well, there are two things that all of these have in common. First, they were all preceded by a long series of coos beforehand. And second, they were all moments of completely genuine feeling. Every one of these folks felt what I call the chill factor.

The chill factor is when a moment takes hold of an actor. It’s when they’re speaking entirely from the heart, moved to the point of action. For Michael B. Jordan, it was the belief that Fruitvale was the role for him, despite the film’s low-profile and the risk of a first-time feature director. For Hansard and Irglová, it was their pure joy for their art, expressed to the millions watching the Oscars. And for Kristen Bell, it was the overwhelming love she has for sloths that moved her to point of tears just knowing one was nearby.

I don’t believe any of these were calculated decisions. I really don’t believe they were decisions at all. They were things that these folks felt so powerfully, they were compelled to act. They all had the chill factor, and thus a click was born.

And this is what I hope actors can take from this, particularly new actors.

You can’t plan for a click. You can’t orchestrate a star-making moment. In fact, the only thing you can control are the coos.

You can choose to keep plugging away, seeking out and taking roles that will build your resumé, keeping your head above water as you work diligently at your level.

And then trust that, when the moment is right, the chill factor will take over, and you’ll have a click of your own.