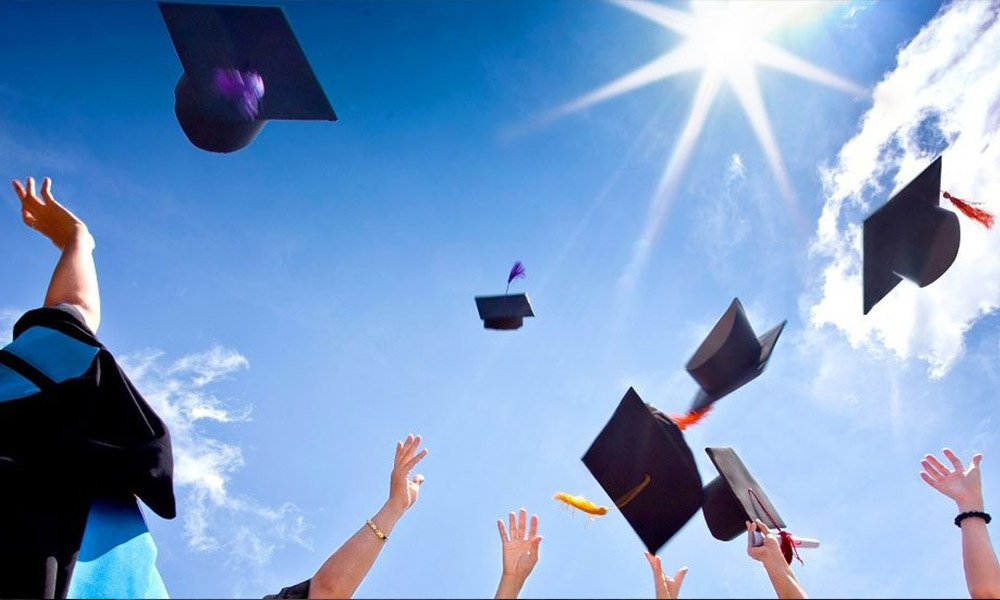 It’s graduation season and that means it’s also time for one of my favorite traditions – commencement speeches.

I love commencement speeches because they represent an opportunity for people to share lessons they’ve learned in their journeys with the world.

So many have inspired me this year and created moments that stuck with me (you can watch some of my favorites at the bottom of this post):

Oprah Winfrey encouraging USC graduates to “use your gifts to illuminate the darkness in the world.”

These also got me thinking about what I’d say to a graduating class of acting students if given the opportunity. So, here’s…

My Commencement Speech For Actors

I have the greatest respect for actors.

You’ve chosen an incredibly difficult career path – one that requires you to give all of yourself to pursue a greater art.

It’s a lifetime of hard work, competition, and sacrifice with no guarantee of security or success.

Some of you may be thinking, “Yeah, man. We know all of this. Why are you reminding us on our graduation day?”

I don’t remind you to psych you out, or to make you doubt yourselves. I give you the risks of an acting career because I know you’re all capable of overcoming them since you know in your bones acting is the one thing you were put on this Earth to do.

I want to impart a few pieces of advice to you today. They’re the things I wish I’d heard when I was your age, and the things I’ve instead learned over years of struggle, success, and failure.

Let’s start with the most important question you can ask yourself.

Why is it you need to be an actor? Why are you setting out to a life of performing?

The reason why you want to do this is something deep within you. It’s the reason you’re choosing to spend your life in this pursuit.

It is the need – for yourself or for the world – that you’re desperate to fulfill.

I found my why in my childhood.

My mother was a music teacher and wanted me to have the same level of knowledge and passion for music that she did. So, my childhood was a series of trips to musicals, the ballet, the opera.

Being a sensitive, intuitive kid, I was always as fascinated with the people watching a performance as I was with those on stage. So, during the moments of passion and excitement in the performances, I’d turn around and look at the audience.

Because I’m amazed at the effect live performers can have on a crowd.

When you go to Cirque du Soleil, and a man leaps into the air, flips around four times, then lands perfectly on a balance beam – look into the crowd and you’ll see a face you’ve never seen before.

There’s nothing like seeing that look on people’s faces.

Some of you may have looked out into the crowd while you were performing and seen one of those faces, the face of someone who’s felt something they didn’t even know they were capable of feeling. If you have, you know how powerful it is to be the one who touched an audience in that way.

That’s my why. It’s why I’ve devoted my life’s work to this business. I have a burning need within me to make people feel something they’ve never felt before.

Maybe that’s your why, too.

If so, great. If not, find yours. This is the time to do it.

Because once you know it, you can start living your life with purpose.

Once you know your why, the next step is to figure out how your why leads to what you do.

The great author and speaker Simon Sinek’s has a model he calls the Golden Circle.

In the middle of this model is your why, a basic truth or belief that compels you into action. And on the outside of that is the what, the specific action you take to bring your “why” into reality.

Now, a single “why” could lead into any number of “whats.”

If your “why” is to give power to those without it, you could be a politician, a documentarian, or even in the Peace Corps. People in completely different businesses could have the same reason why they do what they do.

Unfortunately, that means you can know your why inside and out, and still have no idea what it is you should be doing.

Take me. When I was a kid and saw those faces in the crowd, I knew my purpose was to make people feel something.

So, I decided to make people feel, I was going to be a performer.

I set my mind to acting and did three plays and three movies. Put in the work, understood the characters, ran my lines over and over again.

I was never in the moment, wasn’t listening, and even my work memorizing went out the window. If you’ve ever had those problems, you know how much of a nightmare they can be.

I reassessed my strengths and weaknesses, and realized one of my strengths is being a catalyst. I’m great at getting things moving. So I decided to leave the world of performing behind and move into the business of representation.

If I wasn’t going to make people feel something on stage, I could find those who could and help shepherd their careers.

That’s the “what” that worked for me.

I knew my “why” early in life, but it took a few tries to know where my strike zone was.

And that’s the second piece of advice I want to impart to you: Know your strike zone.

And it’s not just about “acting” or not acting. It can be more subtle than that.

Kevin Hart and Gary Oldman are both actors, but I doubt they’ve ever gone up for the same part. And if they ever have, I want to see that tape.

Knowing your strike zone is important in any career, but it’s absolutely necessary for you.

Are you more of a comedic or dramatic actor? Leading roles or supporting? Hero or villain?

You have to know exactly what you bring to the table and how best to put yourself into the marketplace.

Don’t play to type, or even worse, to stereotype. But know how you want to present yourself, and make sure that’s the image you cultivate.

When you know your strike zone, you know exactly what to aim for in everything you do.

Be Ready To Fail

Once you’ve got your why and your what, figuring out your who, when, and where should be self-explanatory.

Congratulations, you’re ready to go out into the world and…fail.

Be ready to fail.

And, more importantly, be ready to know the macro-failures from the micro-failures. Micro and macro might make you think of economics, which is just the kind of talk you tried to avoid by going to acting school. But I only use the terms to differentiate, say, losing a part, from losing your house.

If you lose your house, you have every right to mourn. If you lose a part, keep your perspective.

In an acting career, micro-failures are common and in the moment it’s easy for them to feel like macro-failures.

Back in the early 2000s, I was doing very well for myself. I’d expanded my management business and was producing several shows. I had even won an Emmy.

And then it was all gone.

I got involved in some rough stuff, basically took a wrecking ball to my life. Then one morning I woke up at Betty Ford with a flashlight in my face, and no idea how I got there.

It was a moment of failure. And at the time, I think most people would label it a macro-failure.

But I took some time off – seven years to be exact – came back to LA, and got back to doing what I love.

I dragged myself back from defeat, and found even our biggest failures can be overcome. The macro can become micro.

You all have the capacity to do the same – never forget that.

The final piece of advice I want to leave you with today encompasses every one of those earlier points, because it transcends any one person or profession. It’s something we all need to do as often as we can.

What came after my moment at Betty Ford was years of struggle, relapses, and a tough road to recovery. And the reason I could never recover myself goes right back to the last three steps of the 12-step program.

Because it’s in those steps that you take the work you’ve done for yourself and bring it out into the world. It’s when you give yourself and the strength you’ve gained to others. It took me a long time to learn this, but it’s the only way you fully heal.

Now I give back every single day, whether that’s taking open submissions, checking in with my clients when they’ve had a rough day, or just offering advice to someone in need.

Whatever success I achieve, I turn right back around and give it to others.

Giving can help you, but that’s not why you do it. You do it because it helps someone else.

No one does anything in this world alone – if you’re not there for others, you’re not going to get much out of this life.

Thank you and good luck.