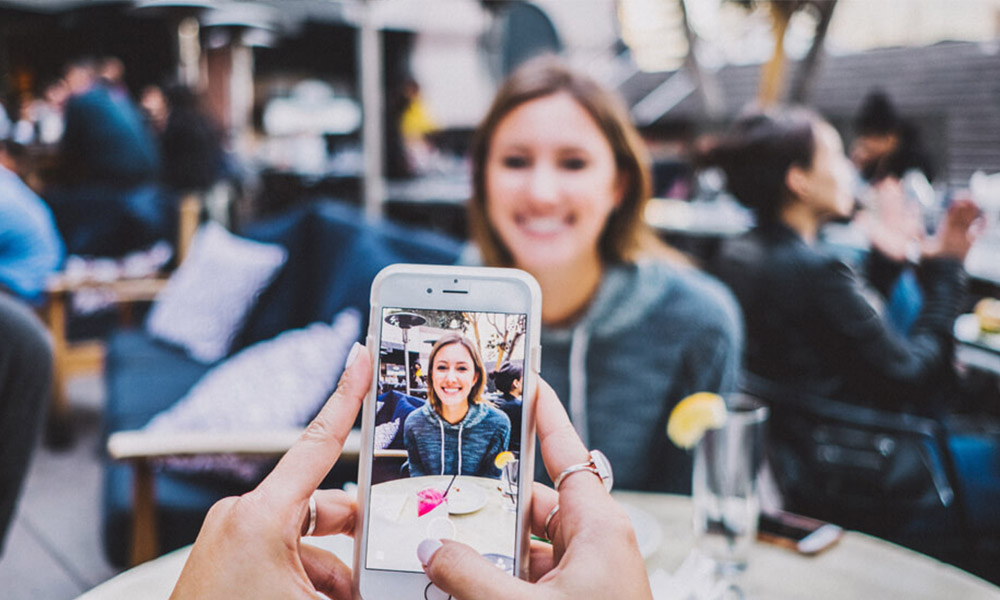 I’ve noticed an interesting paradox within the entertainment industry lately.

Actors have come to realize social media is a potentially powerful tool in the growth of their career (even the NY Post is writing about it), but struggle to understand how to wield it.

Meanwhile, social media influencers have risen to fame on social platforms, but struggle to parlay their influence into the acting career they desire.

Each side’s talents have gotten them started, but they’re being held back by their inability to combine both acting AND social media skills in a meaningful way.

To help both actors and digital talent figure out the missing piece of their career equations, I reached out to Amy Neben — who manages digital-first talent — to collaborate on this post.

In the following three questions, we each share our expertise about what actors can learn from social media influencers and vice versa.

What’s the biggest misconception social media influencers have about what it takes to build an acting career?

I think of the biggest misconceptions social media influencers have is that a large following is carte blanche to pursue any opportunity they want. In reality, you want the roles you take and the career you build to reflect the brand you’ve already established in your social media profile.

People follow influencers because they connect with them on a very concrete and personal level. If you make comedy videos, people want you to make them laugh. If you Instagram your trips around the world, people see you as a traveler.

When starting an acting career, I find that it’s best for social media influencers to build on that connection and choose projects that will continue to appeal to their followers.

It isn’t unusual for actors to underestimate the level of planning and thought that goes into a well-curated and premium social presence. The content required to distinguish one as a unique talent in the vast social media landscape is every bit as dependent on timing, creativity, and execution as the output in more the more traditional realms of television and movies.

What’s the biggest misconception actors have about what it takes to build a social media presence?

It’s a wide misconception in general (not just amongst actors) that social media influencers don’t have to put in much effort to run their online businesses. People assume that many of these creators developed their fame overnight due to a single viral video as opposed to real “talents.” While it may hold true for some creators, the large majority of top talent out there run their channels full-time, producing new content weekly, if not daily. The time spent ideating, filming, editing and engaging can be fatiguing, but is worth it for passionate creators to connect to passionate audiences. Cat videos definitely still exist, but digital platforms have advanced and there’s now content available for all tastes. For example, we see people like The Rock and Will Smith now creating premium content on YouTube to stay relevant and engage with their fans in a way that most traditional celebrities are still trying to figure out.

Social media influencers have more success branding earlier on in their careers than an emerging actor might, exactly because of their engaged relationship with their audience. They’ve built a personal connection & vulnerability, in a way most traditional actors steered-clear from.

My recommendation is to make sure you have rep on your team who understand the digital space, and by this I mean your managers and agents. Right now actors can still hire 3rd party companies to run their social media accounts, but as more and more actors lean in to build a personal connection with their audience, fans will be able to discern when a voice is authentic or when an account is being curated. Digital and traditional are merging, you need the people advising you daily to be able to advise on digital strategy. Believe it or not, there are a number of established traditional managers and agents at companies like Select Management Group and More/Medavoy who have a footing in both worlds.

What’s the first thing you recommend an actor do if they want to become a social media influencer?

Even with a large following, an acting career requires every bit of you: your talent, your hard work, and your passion. And that means you will not have the same amount of time to devote to your social media. You can respond to this in two ways: try to burn the candle at both ends, or find a way to fold your social media presence into your acting career.

Posting content as you prepare for auditions, or when you’re on set, lets both of your careers work together, rather than competing with each other.

I’d recommend that a social media influencer have a game plan ready that will allow them to use their profile in tandem with the new opportunities they have. An influencer is influential b/c they possess a unique perspective, access to products/services that many are curious about, have a distinct level of charisma, a high level of specific expertise/knowledge, or a combination of any of these traits. If an actor wants to establish himself as an influencer, then it’s best to asses what about himself he can share with the public on a continuous basis and what he’s adept at that people will be broadly interested in.

It’s inevitable. Whether actors want to or not, this new age of “celebrity” incorporates heavy social media usage. I do not believe there will be another wave of actors (especially younger actors) who lack a personal connection. Madeline Petsch (Riverdale) and Millie Bobby Brown (Stranger Things) do a fantastic job of maintaining this balance. Brown live-streams on Instagram weekly, and shares Instagram stories with her fans nearly daily. Petsch runs a YouTube channel where she also lets fans see her personality. These practices will only give these two ladies a leg up. They’re creating a larger pool of superfans who will follow them anywhere, and are also building audiences on platforms that they OWN.

The first steps in working towards this is figuring out what you are passionate about. Is it taking photos, recording yourself on camera, or daily vlog snippets? What type of content can you create and consistently maintain?

Focus on the platforms that lend well for your passions. Not every actor needs to be highly active on every platform. Instagram and YouTube are definitely the most highly engaged. If YouTube is daunting, start with Instagram.

What’s the key to building a successful career offline once you’re an established social media influencer?

This is one area where social media influencers have an advantage, because I believe that nowadays the key to building a career in the entertainment industry is the willingness to take on a variety of roles. So many of my clients are succeeding in different areas of the film and television business: actors are becoming directors, directors are becoming writers, and so on.

But social media influencers started out as their own writers, directors, DPs, and editors. For many, if not most, it began with just them and a camera. As such, they’ve developed a high level of resourcefulness to make their own opportunities. It’s that level of resourcefulness that will serve them well as they continue to move up in the industry.

Approach your offline career with the same level of diligence, dedication, humility, and respect that you applied to your career as an influencer.

Understand that acting, singing, dancing or any other performance skill require training and ongoing learning in order to attain proficiency and reach a level where people regard you as deserving of opportunity.

Look at where your strengths are and what your audience is asking for. It could be selling apparel or merchandise, licensing, acting… what does your audience seem to gravitate towards, and then how do you leverage your audience to build a business off of that demand? How do these demands fit in with your passions and true TALENTS?

If you’re passionate about acting, take classes and start seriously training. Produce content on your platforms and show proof of success to your reps — demonstrate your innate talent.

If it’s product, prove you can convert with a smaller campaign. Prove your talents with fashion design or building a successful marketing campaign and have your reps take the data to potential licensing agents who can then pitch you for licensing campaigns based on your beta campaign. Phase two is leveraging your influence to propel your own talents, not just using your influence as a pipe for promotion.