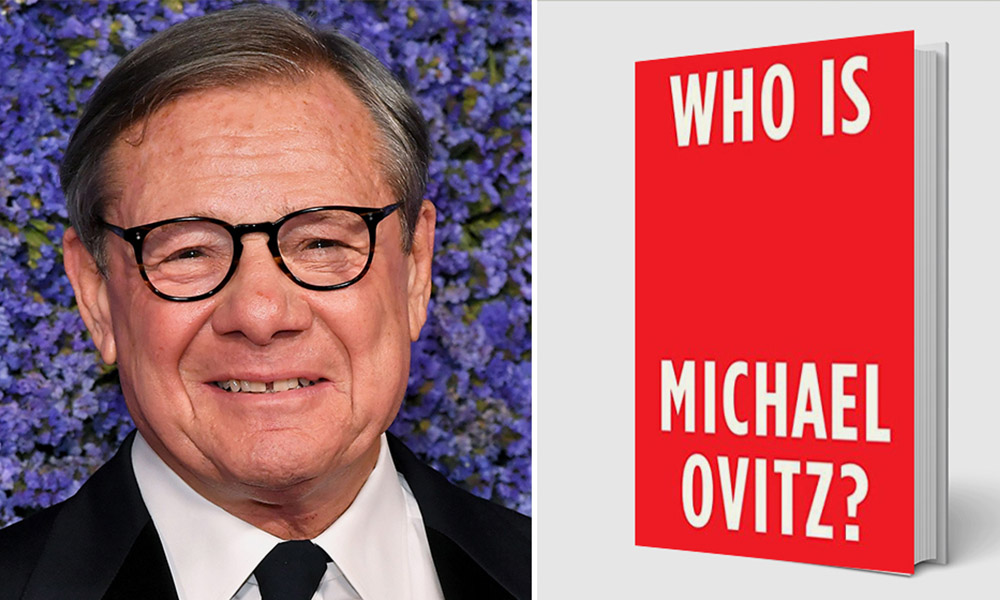 It’s fitting that Michael Ovitz is working in Silicon Valley now, in an industry that thrives on disruption since disruption is what he’s doing now that he’s released his autobiography, Who Is Michael Ovitz?, and is fully entrenched in the talk show circuit. Michael Ovitz’s wretched reputation is no secret in the entertainment industry and it is largely earned. He created something incredible out of virtually nothing, got too big, and acted so imperviously that he became everybody’s favorite target.

The reviews of this book, generally, seem to concede that Ovitz has treated it as a soapbox to re-litigate old arguments, resettle old scores, and attempt to charmingly sweep his reputation for callousness and brutality under the rug. On the talk show circuit, he comes across as congenial and knowledgeable, almost grandfatherly, which I’m quite sure is tying many Hollywood executives’ brains into knots. He’s trying to cast his legacy in a new, more favorable light so he can feel better about himself. That’s extremely transparent to me. But I’m halfway through his book now, and I’ve listened to some of his podcast appearances, and I’m discovering that I just don’t really care how brazenly he’s trying to reframe his own past.

Full disclosure: Michael Ovitz gave me my first job at CAA, an opportunity I’d run with and I’ll be forever grateful for. But there isn’t some misplaced sense of loyalty here, rather, I’ve been fascinated to read about and hear him talk about so many of the strategies he employed as an agent. Many of which I’ve sought to employ in my own business and career.

Say what you want about Mike Ovitz, and I know there are many, many justifiable gripes against him, but he took a $100,000 loan and in ten years controlled 70% of the market share. Yes, the timing was a huge part of this. He was young, hungry, and emerged from a rapidly changing Hollywood landscape, loaded with fresh new talent that appealed to a new generation of outspoken consumers. Still, Ovitz took everything he could from the original super-agent, Lew Wasserman, and doubled down on packaging films and television that were driven more by talent than by studio execs. He both capitalized on and innovated the industry of his day.

As a business owner, the vision fascinates me. As a talent manager, his system inspires me. Ovitz was all about “double plays”, a concept I always seek to engender. He’d get an actor featured somewhere, then follow it up immediately with something else. He was a master of compounding any bit of success into a propulsive wave. Steering the way people spoke about and viewed his clients and projects was one thing, but the way he maintained relationships with them himself was even more impressive.

Ovitz recognized that the minor things he could do in a meeting, like take an interest in somebody’s hobby or remember a small detail of something they said, were major factors in establishing a strong relationship. As he says, “There’s a reason we have two ears and one mouth.” Because good listeners are great negotiators. While most agents send champagne and flowers as congratulations to clients, Ovitz took that knowledge he gained about their hobbies and sent a gift that they genuinely wanted and found useful. It’s simple, but it’s brilliant.

I’m only halfway through the book, and I know he doesn’t always have the most faithful relationship with the truth, but you can’t help but listen to somebody with so much success and be at least a little captivated.

His discussions of vulnerability are a little mind-blowing. It’s hard to say just how calculated he’s being when he describes it as a conscious decision to not be vulnerable. On the talk circuit, he goes into how vulnerability was a “crime” to him in his heyday, a shortcoming not to be tolerated. This attitude colored many of his professional relationships and informed many of his more brutal and controversial decisions. He acknowledges this style just wouldn’t work today, and he’s experiencing that first hand in his Silicon Valley dealings.

When he talks on a podcast about the characteristics he looks for in an individual, I can’t help but read into it and nod right along with him. Being kindly aggressive. Curiosity, self-reliance, entrepreneurship — someone who wants to make something of themselves. These are all traits I aspire to espouse and ones that I’m looking for in everyone I do business with.

Ovitz was one of the first true power players, and his re-emergence on the Hollywood scene is stoking conversation around the current huge one, too. CNBC asked him straight out if Ted Sarandos is the most powerful man in Hollywood. Mike’s discussion of how Netflix has completely changed the content game was illuminating, in part due to his insistence that greatness always floats toward the top, regardless of how saturated the market is, and in part, because he’s reflecting on a present made possible by his own actions more than 40 years ago

Say what you want about Mike Ovitz, but despite his coarse style and the controversy that surrounds him, I can’t help but try to learn something during his last fifteen minutes of fame.