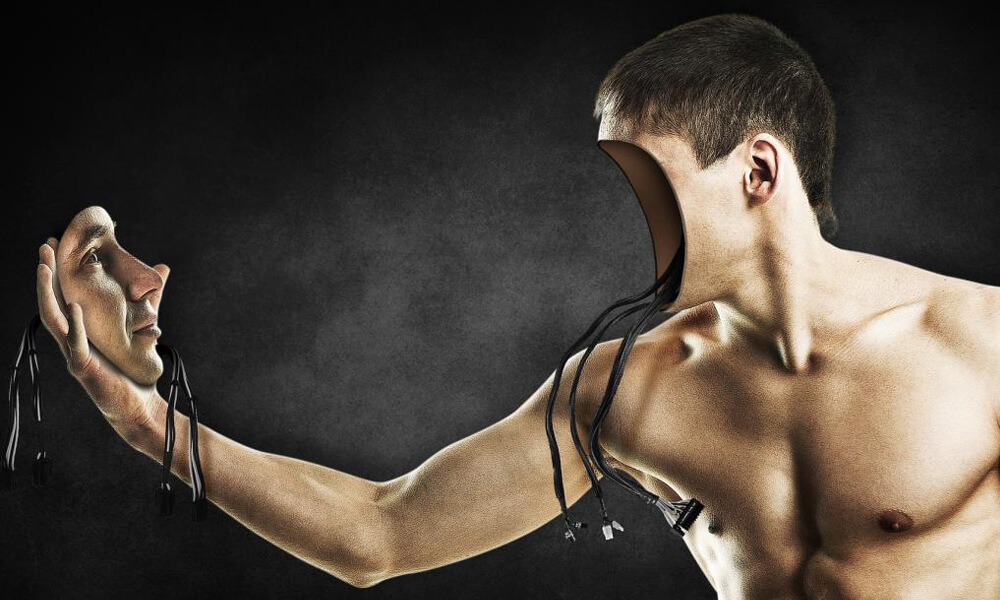 Any actor setting out to make it in Hollywood faces a mountain of struggles. There’s the sea of extraordinary talent to compete with, the years of perseverance you must have within you, and the resourcefulness necessary to get work and be seen. It’s a tough road for anyone, and it takes a special type of person to make it through and succeed.

But this isn’t a post to discourage you from trying. I wouldn’t work with actors every day if I thought the struggle wasn’t worth it. To be paid to do something you love is one of the greatest rewards in life, and I believe anyone willing to take a stab at this should have the right to do so.

(That’s also why I share tips on how actors can navigate Hollywood each week here.)

This post, rather, is designed to help you manage the struggle in becoming a working actor by ensuring that you are always helping yourself. New actors have enough factors working against them without also engaging in behavior that could dampen their talents or damage their reputation.

The first few years of your career are the most important for establishing what kind of collaborator you are, and you should always endeavor to put your best foot forward. I’ve seen too many actors fall prey to all-too-common habits that let casting directors, agents, managers, and the like know that you’re not an ideal hire. And then the difficult task of starting your career becomes next-to-impossible.

I’ve done my best to catalogue some of these habits and offer advice on how to overcome them. Hopefully this will help you come up in the industry. And so, without further ado, I present:

3 Ways Actors Can Avoid Becoming Their Own Worst Enemy

1. KNOW THAT YOU BELONG

Insecurity’s an insidious thing. Just a drop of it can gnaw away at you, and while everyone in the world suffers from it at one point or another, it hits harder for those who put themselves in the emotionally vulnerable position that actors do.

“Was I good in that scene?” “Did I say the wrong thing in that audition?” “What am I even doing here?”

Any of these sound familiar? I bet they do — every actor on Earth has had these thoughts at one point or another. Even Meryl Streep and Daniel Day-Lewis have finished a day on set and wanted nothing more than to go back and redo everything they just did.

Insecurity hits everyone. There’s no reason to deny it, but there’s every reason to fight it.

Because if you don’t it will eat you alive. An actor who lets insecurity win will always be in their head, worrying about what they’re doing, if they’re getting it right, and what everyone else thinks of them. You know where they’re not? In the scene. In the moment. They’re not acting.

But Brian, you’re thinking, it’s all well and good to acknowledge a problem. Now, what do I do about it?

This is where it’s important to have a support network in place. Have people that you can talk to or call or text when you feel overwhelmed. Have people who will remind you of how good you are, the level of passion that you have for your art, and how you have earned your spot in whatever room you’re in.

I know actors who call their parents, or their partners, or their friends, at the end of every day of work. Just to check in, unload their insecurities from the day, and receive the all-too-necessary reminder that the struggle is worth it.

I believe this is crucial to have, even if you have a professional support team of agents and/or managers in place. Have someone you know, maybe even someone who has no connection to the industry except for you. But make sure they’re someone who is on your side, and ready to offer that support at the drop of a hat.

The battle against insecurity is a lot easier to fight when you’ve got an ally.

2. CHECK YOUR EGO AT THE DOOR

But while some actors struggle with insecurity, others have the (seemingly) opposite problem: ego.

If you work in the industry for a while, you’ll become an expert at spotting egotistical actors. You’ll find them camped out in their dressing rooms, berating crew members, and turning down great roles they see as “beneath” them.

This isn’t a good look for anyone, and it gets you a bad reputation very quickly. 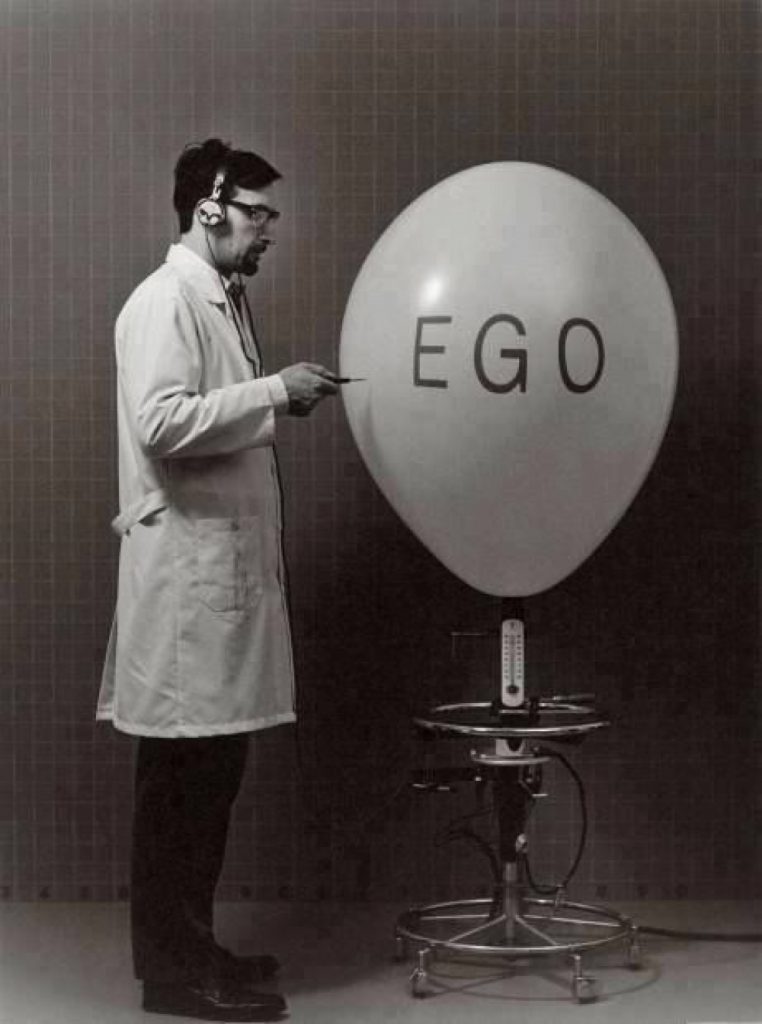 Ego often comes from the same place as insecurity, namely a desperate need to prove yourself. But while insecurity turns itself inward, ego explodes out and makes everyone around you miserable.

And if everyone around you is miserable, they’ll remember you are the one who made them that way. People in Hollywood talk to each other, and word of a difficult actor gets around fast. Suddenly, the actor’s not getting called in for auditions, their list of contacts gets thinner and thinner, and they find themselves begging for the roles they wouldn’t deign to take before.

So, how do you keep your own ego from inflating? After all, if you find some success, is it wrong to take pride in it, or to expect more in terms of work or compensation? Not at all.

But know there’s always another actor out there who’d love to have your role, and would take it without any attitude. And by “another actor,” I mean “another hundred actors.”

Now, obviously, each performer is uniquely talented, and no actor can bring the same performance as another. But get a bad enough reputation and people may be willing to try someone else just to make the set run smoother.

They may be willing to cast a different actor just to keep the filmmaking process drama-free. Now, I’m not saying that an actor is never safe, or that they can be recast at the drop of a hat. Far from it. But ego helps no one, and if you have it in excess you may find yourself in a position where you are in danger of being replaced.

Don’t be that actor. Check your ego at the door.

3. YOU CAN WANT SOMETHING TOO MUCH

This last one comes with an asterisk. If you want to be an actor more than anything in your life, great! You need that fire to carry you through the ups and downs of a career in the industry. But if you want to let everyone you meet know you’re willing to do anything to be an actor, then you’ve got a problem.

I’ve known actors who emailed me every single day with the same resume, headshot and reel, all with the same demand: “Represent me!”

These are not the actors who check in when there’s something new to report, mind you. I’m all in favor of demonstrating to others that you’ve grown in your career. But more often than not, what I see is actors who give me the same information time and time again and expect my response to magically change. It won’t. No one’s will.

Here’s what will change: people will now see you as “needy” or “demanding” or even “lazy.” And none of these are adjectives you want attached to your name.

“Persistence pays off” is a fantastic mantra to follow, but there’s a caveat to that. Persistence only matters if you are working on advancing your career on your own, and not simply sending the same information out time and time again.

And this isn’t just true for new actors looking for representation. An established actor who finds themselves talking about the same project for months (or even years) on end should take stock of how they’re being perceived. Because it’s probably not the way they want to be.

Of course, a great way around this issue is to find more work on your own so that your portfolio is constantly expanding. But while it can be useful to work more, it can be just as good to also live a life outside of the industry.

Do you play fantasy baseball? Do you love taking your dog to the dog park? Are you an amateur magician? Whatever it is, find something outside of acting that moves you, that you love to do, and that takes your mind off of your career.

You’ll find this helps you grow as a person, and may help you grow as an actor. After all, the friend you meet at the fantasy draft, or the dog park, or the magic show may be the person who helps you get your next job.

But don’t look at these activities as a career opportunity. Look at them as ways to live a more well-rounded life. This way, you will be guaranteed have something to talk about other than your commercial in 2015. You will have some brief respite from the hustle. You’ll be able to be a person, not an actor.

And you will thank yourself for the break.

So, there you have it. The three biggest ways an actor can become their own worst enemy — and the best ways to combat them. Now, of course, there are other ways to avoid these bad behaviors. And, I hate to say it, there’s a lot more pitfalls that an actor can fall into.

But this isn’t a be-all-end-all dictum on engaging with the industry. Rather, it’s a reminder for actors that it’s not only about the work done on-screen, but also off. It’s a guide that’s useful to remember and return to at various points in your career. And above all, it’s a way to help you become your best advocate.

Because there’s a lot of actors vying for success in Hollywood. Make sure you’re one of the good ones — in every sense of the word.

WANT MORE ADVICE ABOUT HOW TO GROW YOUR ACTING CAREER?