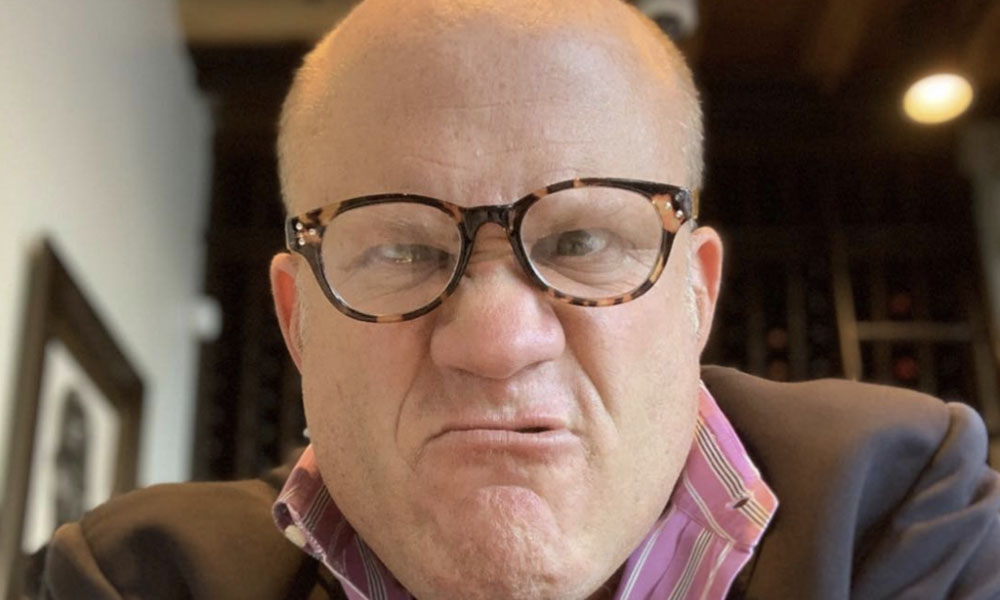 “There are x types of people in this world.”

You’ve probably heard everybody from your Grandpa Joe to Clint Eastwood in any movie say some variation of this mantra.

And for good reason; it keeps life simple.

You grew up hearing Grandpa Joe was a wolf and his nosy neighbor Pete was a sheep. Even though you’ve never met Pete and you think Grandpa Joe’s a little kooky, you still know what he means when he categorizes Pete and himself.

Breaking people down into types helps you find people you like, build professional relationships, and understand who to avoid. It helps you understand how to deal with the various people you’ll meet in your life.

Nowhere is that more valuable than in the entertainment industry.

Many Hollywood executives can be categorized as one of three personality types and your ability to recognize these types and figure out how to deal with them can unlock a lot of opportunities for you.

While others may write off every industry executive as a “shark,” the truth is more nuanced than that.

Every Debonair, Character, or Paraphraser you encounter requires a different social skill set to get where you want to go.

Here’s a breakdown of how to identify who you’re meeting with and how to get the most out of your relationship with them.

Debonairs may be the closest to that traditional idea of the Hollywood “Shark”.

They dress flashy, drive the sexiest cars, walk right past the bouncer into the club, and already picked up the tab at Soho House before you’ve sat down.

They have wealth, power, and an urge to flaunt both.

Impressions are made by making peoples’ jaws drop.

Debonairs want to be seen with other power players and will use their acquaintances to elevate their own brands. They’re the kind of people who can walk into any room with a big potential client and deliver a winning pitch off the cuff.

They know how good they are and they love that you know it, too.

Alec Baldwin at his slickest would play them in a movie.

When you meet one of these types, it may pay to do the unthinkable… suck up a little.

Debonairs don’t have time for people who aren’t literally worth their time, so flattery just may your best bet to start a conversation.

Show them you’re aware of their accomplishments and professional success, but don’t fawn. Nobody likes a sycophant.

Just play to their cockiness by letting them know you’ve done your research, you know who’s who in this business, and you’re not afraid to show some guts yourself and stick your neck out by talking to somebody you know can help you.

The trick is to believe that you can help them.

Characters are, well, just that.

They’re not going to win you over with flash — they don’t really care all that much about flash. They may not have been the prettiest person in any room in their life so to get the attention they wanted, they needed to bring the energy.

That might be through talking fast, having the most interesting things to say, or even just talking with their hands — it’s not just funny, which I know you were thinking.

Impressions are made through commonalities, making people laugh, and just being an out sized, unforgettable personality.

They know everybody and they know them well because, while they’re out there, Characters also care about getting to know others because you’re miles more interesting when you can talk as much about others as you can about yourself.

Before that big meeting, they’re doing their research, learning about everybody in the room, and pitching as much with research as charm.

Wallace Shawn plays them in the movie.

Put on the charm. Take some conversational risks. Tell a dirty joke. Express a controversial (this does not mean bad) opinion.

With a Character, you should be your most authentic self.

It’s probably to your benefit to always have a great story in your back pocket just in case you do get on the spot at some point.

Shoot Straight with The Paraphrasers

They dress well but not flashy. They’re shrewder and more subtle than Characters and Debonairs, taking the time to know who is going to be at every event to ensure they’ll get some face time.

When they were coming up the assistant ranks, they were asking everyone out for drinks. I don’t want to say they work harder, necessarily, since all of these types put in the work but the Paraphrasers haven’t been blessed with out sized confidence or a bombastic personality so they take the time to do things right.

There are no shortcuts for the Paraphrasers, who are probably the brightest of the trio but just being smart doesn’t always carry you in Hollywood.

Before that big meeting, The Paraphraser is up into the wee hours writing out talking points and memorizing them, envisioning different scenarios and avenues of discussion that might arise and preparing for them.

Mariska Hargitay is The Paraphraser.

Paraphrasers respect straight shooters and, as such, they probably require the most cunning to win over to your corner.

You have to maintain that authenticity you’re bringing to the Character conversation but also respect the game as you would with the Debonair. It’s a delicate balance and you can’t get away with some of the bullshit you can with the other two archetypes.

If you land a meeting with a Paraphraser, you need to maintain confidence in your abilities but remain contrite.

Understand nobody owes you anything and there are literally thousands of other people grinding just like you in LA alone. Appreciate the opportunity you have, kiss the rings lightly, but come prepared with a couple selling points for yourself.

You’re pretty much always selling yourself in this town but Paraphrasers are the most cautious buyers.

Rehearse some points about why you different from the crowd, how you’ve earned what you have, and what matters to you.

These Three Types Are Just The Beginning…

Despite what Grandpa Joe said, life isn’t as simple as fitting everyone cleanly into just three categories. Hollywood is no different.

While you may have started applying these to people in your own life, they’re certainly not perfect encapsulations. Leaning into one of these archetypes could help you in different situations when navigating the business but truthfully, the best of the best embody some aspects of all three.

What I’m getting at is that while it may be tempting to be what you see on TV or you hear through the talk of the town, if you want to make it in Hollywood you ultimately have to be yourself.

You can definitely take inspiration from others and study different types of people to learn how you can best utilize certain traits and strategies but if you’re selling out to be just one thing, it’s never going to work.

Now that you know how to deal with the characters you encounter in this industry, the next step is to learn how to get a meeting in Hollywood.