The 90th Academy Awards: What This Year’s Oscars Says About Where We Are And Where We’re Headed - Brian Medavoy
© 2021 Brian Medavoy. All Rights Reserved. Website by D4 Nguyen. 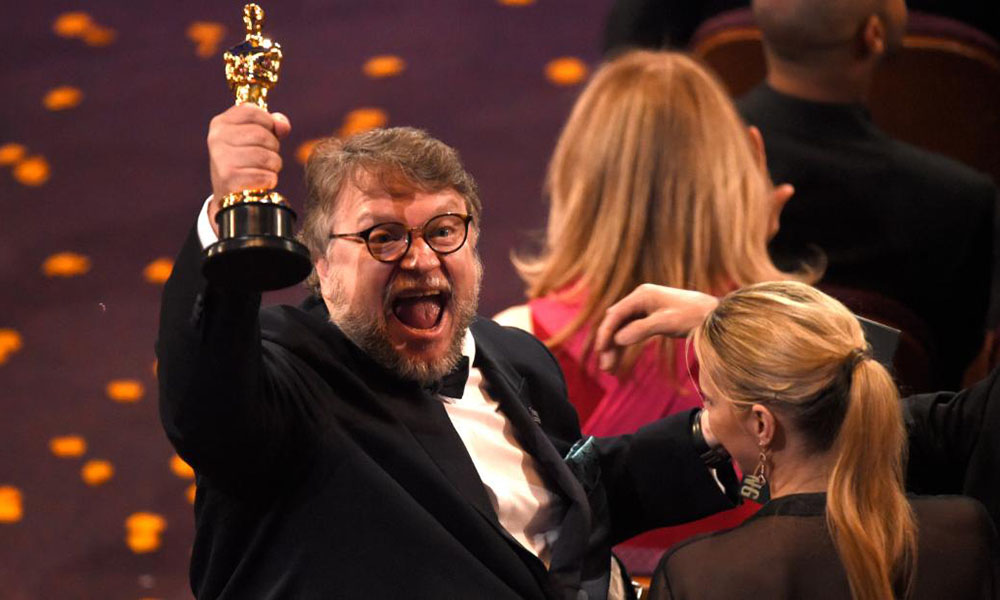 I live and work in an industry built around inspiration. Every artistic work worth its salt started with someone being moved to the point that they had to create something from it. So it goes, when something truly moves me, I feel the need to write about it. And there’s no better time to be moved by the strides made in our industry than during the Academy Awards.

This isn’t the first time an award show has inspired me to write a blog. Here’s one from the Golden Globes and Oscars from a few years back.

To me it does feel like our state of the union on what we’ve accomplished in the past year and the challenges we will face in the coming years. It’s an emotionally charged showcase of the best talent in the business, and there’s always a few moments that stick with you, that make you stop and reflect.

I encourage you to also stop, reflect, and write when something moves you. Not just the Oscars, although it’s a fine place to start. But really, any moments of emotion or inspiration are worth documenting. It’s where great work comes from.

In so many ways, this was an historic year for the Academy Awards. The Best Picture trophy went for the first time to a true sci-fi / fantasy film. So many wonderful artists, from Allison Janney to Sam Rockwell to Jordan Peele, received recognition with their first Oscars. And the very occasion of Oscar’s 90th birthday marked a huge celebration that saw larger-than-life performances and powerful speeches, from The Greatest Showman’s show-stopper “This is Me” to Frances McDormand’s rousing call for women to rise.

Everyone’s talking about McDormand, and for good reason. It was a capper on an incredible year of reckoning in Hollywood. But what I loved watching Sunday night were the smaller and quieter moments, the little windows into the human condition that give the rightfully-bombastic Oscars a flash of humanity.

I think of when The Silent Child won the Academy Award for best Live Action Short. The film tells the story of Libby, a deaf 4 year-old girl who lives in a world of forced isolation until a social worker teaches her American Sign Language. For those who are deaf or hearing-impaired, ASL is a hugely important means of interacting with the world, and writer Rachel Shelton clearly understood this when she signed through her speech as she delivered it. Many may not have even noticed what she was doing, but I have no doubt that there were those who finally felt, for lack of a better word, heard.

I think of the Best Animated Feature victory for Coco, a film that showcased the incredible influence of Latin America on our current film landscape. From the moment a delighted Oscar Isaac cried out, “Viva Latin America!” as he opened the envelope, Coco’s win was a triumph for Latin Americans, and Mexico especially. As producer Darla K. Anderson put it, “Coco is proof that art can change and connect the world, and this can only be done when we have a place for anyone and everyone who feels like an other to be heard.”

I think of when Guillermo Del Toro finally earned his Oscar for Best Director, and spoke beautifully to the unifying power of film. Pushing back against those who would seek to divide or belittle, Del Toro professed that, “the greatest thing our industry does is erase the lines in the sand.” His films, heartfelt fairy tales whose themes transcend their plot’s specificity, are shining examples of these lines being erased. I will never forget how kind he was when we first me at Comic Con a few years back. For such a genuine guy to take home the gold is proof positive that hard work, vision, and decency are rewarded.

And, finally, I think of Frank Stiefel’s win for Heaven is a Traffic Jam on the 405. Best Documentary Short is not a category that receives a lot of attention, and many may have missed Stiefel’s speech. But there was so much in his time on stage that hit me on a gut level, particularly his thank you to his wife. First of all, the fact that Stiefel began his speech by acknowledging his wife and kids set him apart from so many others, who only get to mentioning family when they hear the orchestra playing them off. But as Stiefel thanked his wife BJ Dockweiler, “the source of everything that’s gone well for me in the past 40 years,” the camera cut to Dockweiler herself, sitting in the audience. 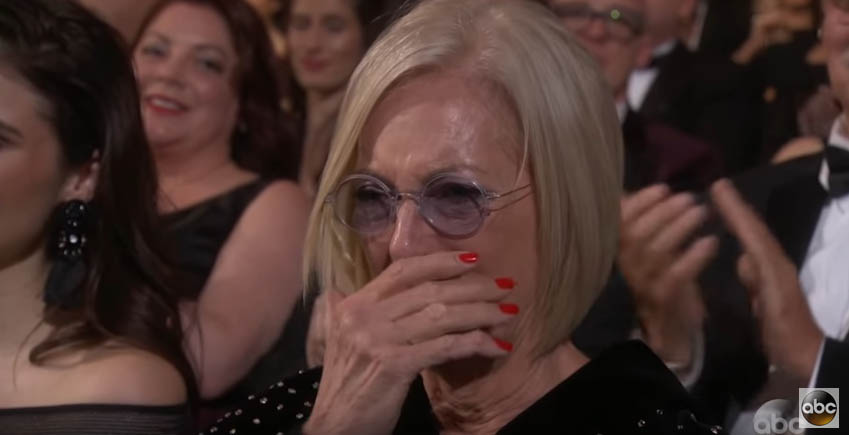 The amount of love and pride she was so clearly feeling, so much so to the point that it seemed almost painful to bear, struck me. In one look, I could see the joy and hardship that goes into the work that we do, the years of sacrifices that must be made, and the level of devotion one requires to create and share their art. The shot lasted for maybe a second, and I’m sure most everyone missed it. But I wanted to take the time to spotlight both Dockweiler and Stiefel, whose passion, captured in a minute of time, moved me more than any number of grandiose speeches or big-budget performances. It was the kind of beauty that makes these shows worth it to see, and it’s what will stick with me for months and even years to come.

Thank you, Frank and BJ. And congratulations.