The Secret To Learning A New Skill Is To Treat It Like A Language | Brian Medavoy
© 2021 Brian Medavoy. All Rights Reserved. Website by D4 Nguyen. 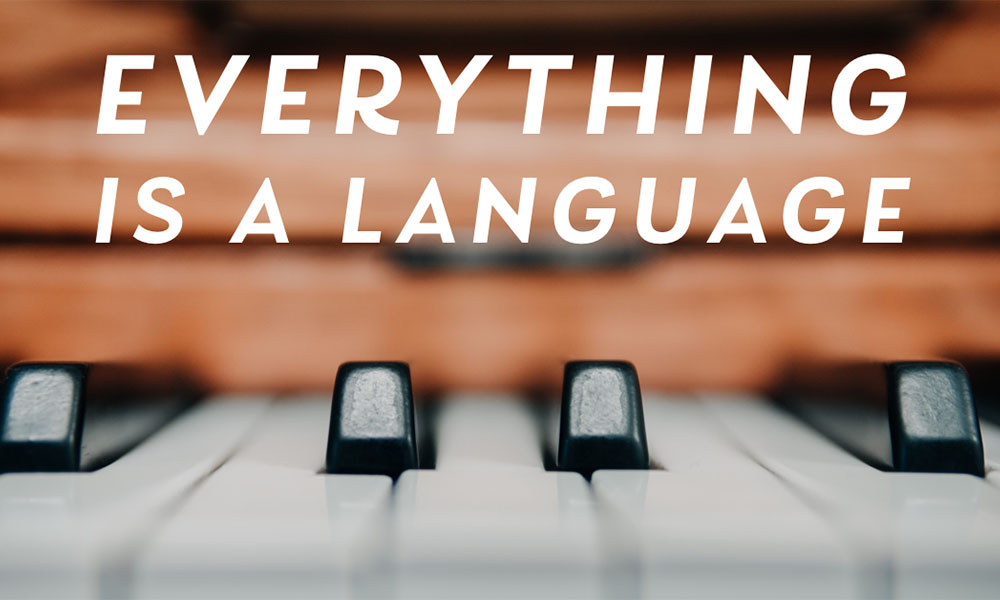 Everything is a language.

This realization is helping me learn and develop a variety of seemingly disconnected skills including how to fly, play piano, use social media, and navigate Hollywood.

These are very different skills, but I’ve discovered a way to make each of them easier to learn: Treat them like a language.

A language is just a system of communication, and once you realize that you start to see “languages” everywhere.

This also means you can apply the same approach used to learn a language to develop just about any skill you seek.

1. Start With The Building Blocks

The first step to learn any language is to identify the foundation on which it’s built.

No matter how complex a language or skill may seem, it’s always rooted in a limited group of building blocks that are relatively simple to learn.

Once you grasp these foundational elements, the language itself becomes less intimidating to learn.

For example, the English language contains about 200,000 words, but all of them are built on a foundation of just 26 letters.

A piano has infinite combinations of notes, yet they’re all formed from 88 keys and just 12 individual tones.

The movie industry may have a ton of moving pieces, but only a handful of studios produce the majority of projects.

When you set out to learn a new skill or navigate an industry, don’t be overwhelmed by the massive amount of possibilities within it — start small and focus on understanding the few foundational elements on which everything else is built.

2. Look For The Patterns

When you understand the foundations of a language, you can identify the patterns that drive how it operates.

Every language is rooted in patterns that serve as shortcuts to help you learn it.

It may take a long time to master a language, but studying its patterns enables you to become relatively fluent in a short time frame.

For example, once you understand basic sentence structure, you can write and speak English well enough to communicate and understand others.

With a few basic chords, you can play a lot of music.

And when you understand how a movie or TV show gets cast or how a screenplay gets written, you’re able to put yourself in contention to land a role or sell a script.

Patterns are everywhere and when you actively look for them you’ll be shocked at how many you find and how they improve your understanding of how a something works.

You can’t learn a language without speaking it.

That’s why language classes are typically taught be teachers who speak only in that language during the class.

Studying Spanish in books isn’t the same as having conversations with people who speak it.

This is also why once you learn the basics of a language it’s vital to seek out opportunities to “speak it” — doing so is the only way to truly develop that skill.

For example, all the flight simulator time in the world can’t compare to what you learn from actually being in the cockpit and getting off the ground.

An actor can’t learn how to sell comedic scenes until they actually perform in them.

This is a major reason why I’ve put effort into using social media — doing so is the only way to truly understand how it works and best advise my clients about how they can benefit from it.

There’s benefit to learning any language, but you unlock exponentially more value when you’re able to speak multiple languages.

Doing so gives you the ability to become a translator, which is a huge advantage in your career (and life).

Most successful people are translators: They’re able to apply what they know of one language to another and have the ability to translate one language into another for someone else.

For example, a successful producer is able to “speak” a filmmaker’s creative and artistic language while also translating the business language of the studio and financiers (and vice versa).

As a talent manager, a huge part of my job is to be able to translate the language of my clients into the language of the industry and vice versa to help each side get what they seek.

This post itself is another example of translation in action.

It’s a way for me to translate a concept I’ve found valuable to you in a format you can easily consume and hopefully benefit from in your own pursuits.

I’ll leave you with one last bit of good news about this whole language concept.

When you learn one language, others become easier.

In studying multiple “languages” ranging from piano, to Hollywood, to flying, to social media, I’ve discovered a surprising amount of overlap between things that seemingly have nothing in common.

What you learn in one arena can be surprisingly relevant in a disconnected field and help you not only get better at learning, but also help you see things others may not.

As Pablo Picasso said, “I am always doing that which I cannot do, in order that I may learn how to do it.”