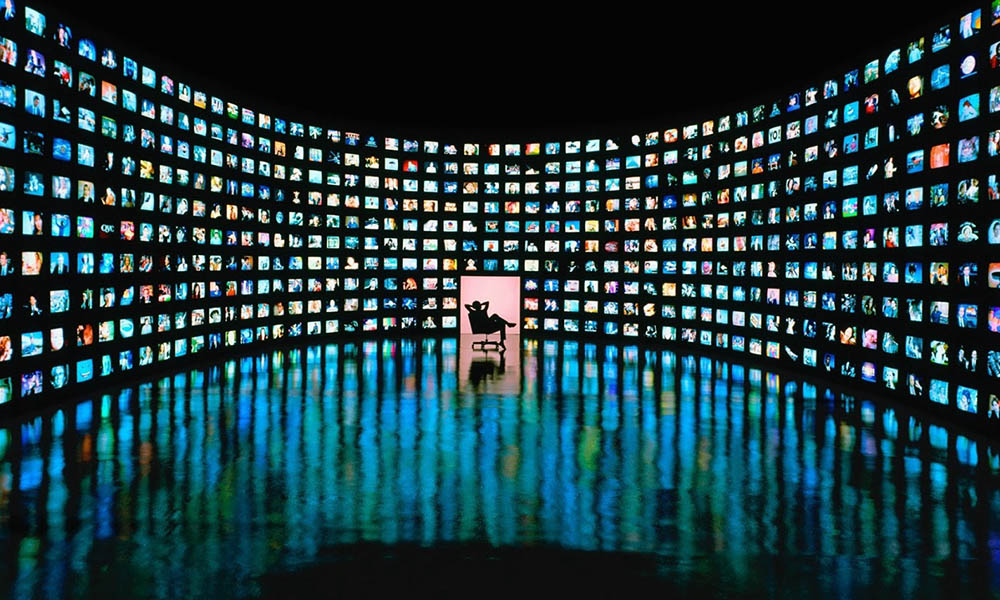 The entertainment industry doesn’t operate in a vacuum.

The way careers are built and survive in Hollywood is influenced daily by broader shifts in culture, technology, and IN THE WAY people consume stories.

As a manager, a big part of my job is to keep up to date with this evolving landscape in order to help my clients navigate the shifting sands.

With that in mind, I recently spent some time pouring over this fascinating Henry Blodgett presentation on 14 Things You’ll Want To Know About The Future of Media. It outlines extensive research and trends in digital and traditional media, many of which are going to have a substantial impact on the entertainment industry and the people whose careers exist within it.

Here are three trends I believe are going to significantly impact acting careers:

1. The Internet is blowing up barriers that once protected legacy media companies

Once upon a time, you could count the number of media companies on two hands. Only a few major movie studios and TV networks had the resources to produce and market content, setting up significant barriers for anyone with a Hollywood dream.

Today, however, digital streaming outfits like Apple and Netflix completely dwarf cable networks like AMC, while YouTube generated more than double CBS’ ad revenue in 2016. Not only are the Apple, Netflix, and the YouTubes of the world investing heavily in creating new content, they’re also making money off that content.

That’s creating more opportunities for new talent to reach audiences in more creative ways than ever, and establish a name for themselves in the process. The streaming services are knocking down barriers, providing access to more actors, and making it easier than ever for aspirants to break in.

But there’s a flipside to this seemingly positive development.

They’re cutting production budgets, ordering fewer new shows, and softening commitments. Nobody is willing to go all in on a failure, and they simply don’t have the air time to keep churning out new shows until one becomes a hit.

And the thing is, those legacy companies are still the ones that pay the big bucks (for now). If you want to become a megastar, you still more than likely need to be employed by a network or major studio.

This has created an interesting dichotomy: It’s easier now than ever to have a career as an actor, but tougher than ever to break out from the pack and have a huge career.

More actors than ever are working regularly, yet it’s still an enormous challenge to become a household name in a world supersaturated by media.
The floor has been raised and the ceiling has been lowered.

Traditional TV viewership in the US is down 15% overall since 2012, and by a whopping 40% in the coveted 18–24 and 25–34 age brackets. These young people grew up in a world revolutionized by Facebook, Twitter, and Netflix and believe traditional cable just isn’t worth the money.

A WiFi connection and a couple of $10/month subscriptions give them immediate access to more content (some of it exclusive!) than they could ever consume in a lifetime.

Why spend $30/month for cable to watch the new episode of one show every week when you can pay one third of that and see that same episode 24 hours later on Hulu?

Actors, agents and managers still glamorize and prioritize landing a pilot on a major network over landing a limited series on YouTube, and for good reason. The pay is considerably better, the industry exposure more valuable, and an actor will still be seen by more consumers overall on CBS than YouTube.

But for how long?

Those 20- and 30-somethings will soon age into new brackets and bring their viewing habits with them.

Today’s children are tomorrow’s 18–24 year olds and they’ll bring with them their dedication to YouTube. Many of them will have grown up in a household that didn’t even have cable to begin with (cable subscriptions have declined each of the past 5 years).

For actors, this means no gig should be dismissed or undersold.

Your YouTube Red movie may not pay huge dividends today, but that relationship could pay off in spades down the line.

Representatives will likewise look more to modern content producers to launch their clients’ careers. Within a few years, it may be better for an actor to make one viral video — to put eyes on their brand — than to score a 7/13 Series Regular on an ABC pilot.

That’s pretty wild to think about.

3. There is huge growth in “social stories”

Social media has grown exponentially for a number of reasons, but the biggest may be the most fundamentally human: We are all storytellers.

The world’s biggest YouTube stars, Instagram models, and infectious Twitter feeds all tell stories in unique, creative, empathetic ways. There are virtually no boundaries to human interaction today (we can argue this philosophically another time).

You, as an actor and/or creator, can connect with and influence people in a matter of seconds, without ever making eye contact.

It’s not just a coincidence that Snapchat and Instagram have invested so heavily in their “Story” platforms.

People like to check in on one another, see what’s happening in the world, and nurture their own human experience by comparing it to others’.

The most successful social media stars learned how to tap into these new storytelling mediums to make meaningful connections with people in mere seconds. They do this basically by being themselves, but also by engaging with followers to stay relevant and active in their lives.

They make viewers feel like they’re a part of the story — not just a passive bystander.

For actors, building a social media presence and learning how to convey stories through these platforms are invaluable skills. Not just to hone your craft, but to appreciate the challenges and pitfalls of telling compelling stories.

That’s why I put together my Social Media Guide for Actors in the first place.

What’s truly mind-blowing when I think about how the future of media is changing the entertainment industry is the realization that all of this is likely just the tip of the iceberg.

We’re at a watershed moment for actors, creators, producers, executives, agents… all of us in the entertainment business. It’s crucial that we all — and actors especially — take a step back to see where the digital world is taking us, and how we can capitalize upon the change and appreciate the ride.

Ferris Bueller said it best: “Life moves pretty fast. If you don’t stop and look around once in awhile, you could miss it.”