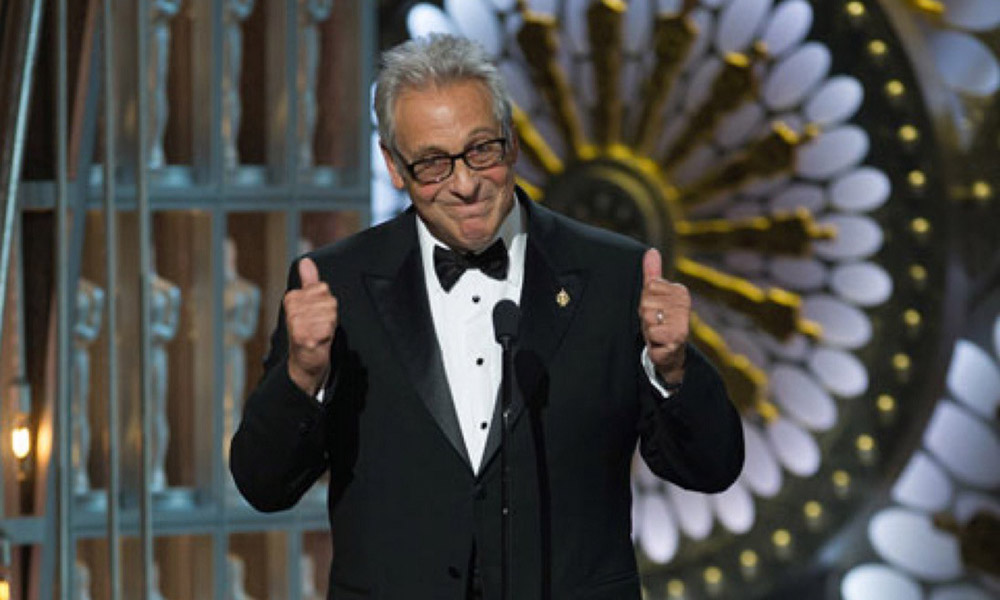 Back then, I was an 18-year-old dreaming of a career in the entertainment industry and Hawk was a producer working to bring the novel Gorky Park to the big screen.

We’ve each had plenty of adventures in this business since then and he shares many of his in the just-published memoir Magic Time: My Life in Hollywood.

As someone who’s worked on a ton of successful movies (including everything from Chinatown, to Wayne’s World, to Primal Fear) and served as President of The Academy of Motion Picture Arts & Sciences, Hawk has a lot of wisdom to share.

1. What are the most common questions you get asked from people about producing and how do you answer them?

The first would be, “What is a producer?”

When Kathy Kennedy, Mark Gordon, and I, along with many other producers, felt that the title of “producer” was losing merit, we put together a set of criteria to describe what, in fact, the producer’s job functions are.

We used these criteria to decide which persons with the producer credit on a motion picture would be eligible for the Producers Guild Award. We did this in around 2003–2004.

When Mark Gordon and I became co-presidents, we felt we needed to go further to protect the producer credit. Along with our executive director, Vance Van Petten, we came up with, basically, the Good Housekeeping seal of approval for producers. It is called the Producers Mark (p.g.a).

For a producer to get the p.g.a. mark, through our arbitration system, they must do a majority of the functions that we have listed in our criteria. The criteria includes development, obtaining financing, pre-production, production, post-production, distribution, and marketing.

For the best sense of what the real job of a producer is, take a look at the p.g.a. mark criteria.

The second question I get asked often is, “Why are there so many producers on any given project?”

Producer credits in TV are different than producer credits in film, but either way, there are a lot of different titles that include the word producer. Some producer titles may indicate they were a writer or studio executive on a project, but in feature films, the only credit that the Producers Guild arbitrates and is allowed to receive the p.g.a. mark, is the “produced by” credit.

2. What’s an assumption you had about producing when you first started your career, that you’ve learned was incorrect?

Even if you make a successful film as a producer, and even if you feel like the studio and/or financier thinks you know what you’re doing, there is no guarantee they will want to make your next project.

They might take a closer look at your next project, but if they don’t believe in it, you and your project will get turned down — even after a successful, or many successful, films.

3. When you’re considering a project, what do you look for in the material? What makes you decide to produce something?

I have to feel it in my gut.

As the great producer David Brown once said, “It’s called moving pictures — you want a project to MOVE you.”

Whether it be a love story, thriller, drama, or comedy — whatever the genre, the story has to move me.

Early in my career, I had to take whatever job I was able to because I had children to support and a career to get started. As my stock rose in the industry, I had the privilege of picking the stories that spoke to me.

If I have a passion for the project, I will do everything I can to get it made.

4. What are the most common mistakes you see actors make in auditions or meetings?

Not really preparing for the role

Trying to be friends with the people they are auditioning for.

Not really preparing for the role (again).

5. What has been the biggest change in the business in the last decade?

Obviously, the movies that are getting made today are far more franchise-leaning than they used to be. And in general, the studios are making fewer and fewer films for the big screen.

This change has happened already, and now with all the new streaming services, we’ll see how this pans out for the beloved theatrical experience.

The good news is that for those of us working in the entertainment business, there is an awful lot more work to go around for producers, directors, actors, writers, and the entire crew. Right now in our industry, there is a great opportunity for storytellers to get their projects made no matter the platform, and I hope it continues.

6. What do you think are the three most important qualities for a person to have if they want to succeed in the entertainment industry?

Perseverance, perseverance…with courage, and a talent for being able to tell a story.

7. What person in the industry have you learned the most from and what are the most important lessons they taught you?

8. As a producer you have to fix a lot of unexpected problems that come up — what advice do you have for people about how to handle situations like that?

Be prepared — always. Preparation is the most important aspect of producing.

Communicate — always. Communication is also important. As a producer, you need to make sure everyone you are working with feels comfortable coming to you with any questions or concerns they might have, and that you feel comfortable going to everyone else with the same.

If you have prepared correctly and everyone is in open communication with one another, the unexpected problems that come up can be handled not just by you, but by everybody on your team. Because we are all going for the same goal when we communicate openly, we are able to change/adjust the plan at a moment’s notice.

In the fall of 1975, I was asked by producer Robert Evans to fly to New York to basically take over the production reigns on the set of his film Marathon Man.

When Bob called, he told me they had been filming for 10 days and were 10 days behind. Once I arrived on set in Mount Kisco, NY, I realized there was little preparation and little communication between each facet of production.

Knowing exactly what the production needed to get back on track, at 29-years-old I stood up to three Academy Award winners: director John Schlessinger, cinematographer Conrad Hall, and actor Dustin Hoffman.

I don’t know how I found the courage, but I do know we only lost one day in the rest of the 75 days of filming, and that Marathon Man was a huge hit.

The full story is in my book, Magic Time: My Life in Hollywood.

9. What’s the biggest misunderstanding you think people have about how the entertainment industry works?

It is not all autographs and sunglasses for anyone working on a set — this includes all the actors, directors, producers, writers, staff, and crew.

It is long hours and hard work, it’s mentally and physically demanding, and production work involves deep research and preparation.

Every single craft is integral to making a great film. While everyone thinks the director in film is the end-all, be-all, without every other craft’s contribution, the director’s film or TV show will not come out the way they want.

In order to get your project to a producer, director, studio, or financier, you need to have representation — an agent, manager, or lawyer — submit your work.